Home »HTTPS»Windows XP hack is a warning to us all

Windows XP is an operating system (OS) looking after all the functionality on a PC, it’s the room that everything happens in on your screen. Over 400 million copies of XP have been sold (and many more used illegally!) making it one of the most successful programs ever developed. Sales ceased for PCs in 2008 (Netbooks 2010) and replaced by the unpopular Vista OS and then Windows 7.

XP support ceased in 2014 but the OS still remains popular in Africa and China. Targeting an old OS made a lot of sense if you’re into destroying businesses and peoples lives in general. With no updates to protect against malware and computer viruses in general, this recent attack was inevitable.

NHS (the UKs top target) have more ‘lessons to be learned’, it was naive of the NHS IT managers to think this was never going to happen; it did and it’s caused a major IT implosion. Costs to repair and replace will run into £millions, much more than upgrading as I’m sure the techies recommended.

With 3rd world countries running their lives using an old OS theses attacks could be like a dust storm of failure spreading through the countries infrastructure, devastating lives.

Who did it?
We may never find that one out, but with Russia and China also attacked it’s looking a bit James Bond at the moment. If they do find the protagonists let’s hope the penalties are tough. 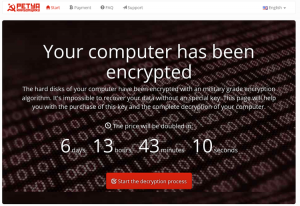 How?
Ransomware, very popular these days. The attack locks your computer hard disc with a screen message demanding money for the release codes – DO NOT PAY! Contact your IT support team before you try anything should you be an unfortunate victim.

Here at OHM we try and keep on top of cyber security, advising on passwords, anti-spam (like our recent SPF email anti-spam upgrades), WordPress auto-updates and the use of HTTPS secure domains.

Call anytime to discuss your IT issues, we have a great support team waiting to help.

PS: Kent NHS do not use XP, a friend of OHM works as a senior IT consultant for the NHS Trust here in Kent and he confirmed all is OK. Well done Scotty and the team!